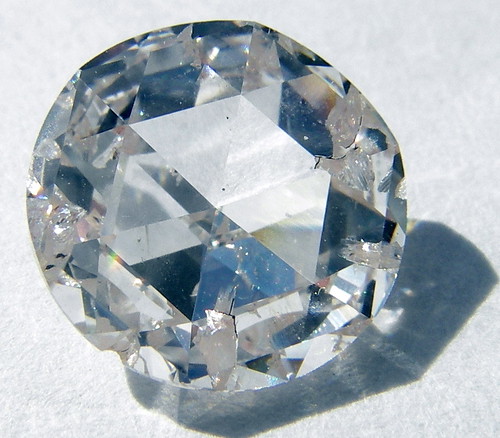 Hong Kong – June 21, 2013 – It has been revealed by International proprietor, Christie’s Auction House, that vice chairwoman of China Star Entertainment Limited, Tiffany Chen, is the new owner of the record $11,151,245.00 – 75.36 carat briolette diamond that Christie’s sold on May 28th in Hong Kong.

Chen named the diamond that was purchased for approximately $148,000 per carat ”The Star of China” in honor of her company’s name. As part of a pendant necklace, the exceptional diamond also includes a marquise cut purple pink colored diamond that is suspended above the briolette.

The Star of China diamond was at the top of Christie’s Hong Kong Magnificent Jewels lot and was certified as a D color and type IIa diamond, according to the Gemological Institute of America (GIA) standards. This is indicative of the diamond’s flawless internal clarity and polish, along with having the most exceptional chemical purity and optical transparency possible. Less than one in every 100,000 carat diamonds is ever found to be in as perfect condition as the Star of China.

With a global presence of 32 countries, 53 offices and 10 salerooms around the globe, Christie’s Auction House maintains locations in the United States in New York, as well as London, Paris, Milan, Geneva, Dubai, Amsterdam, Hong Kong and Zurich. Christie’s also led the marketplace with initiatives to expand its growth in markets like China, Russia, the United Arab Emirates and India. The firm has also had very successful sales exhibitions in Mumbai and Beijing. There are other areas of the world that have up and coming diamond markets, including diamond district LA and Miami.

Christie’s has also stated that The Star of China diamond was the largest and most perfectly designed briolette diamond that has ever been offered for sale at an auction. As such, it exceeded two other world record breaking diamonds during this year’s season, namely, The Winston Legacy and Princie Diamonds.

Founded by James Christie in 1766, Christie’s is the world’s leading art business, holding private sales and global auctions that typically total $5.7 billion annually. Through the centuries, Christie’s has conducted the most celebrated and largest auctions in the world, showcasing popular, exquisite and unique art forms. Christie’s hosts in excess of 450 auctions each year for over 80 categories, including jewelry, fine and decorative arts, photographs, wine, collectibles and other items. Prices typically range from $200 to well over $100 million for each item. Private sales typically total $806 million annually including all categories, emphasizing contemporary, post-war impressionist, old masters, modern pieces and jewelry.

Felicia Willis is a writer in Atlanta, GA, shopping fanatic, and lover of diamonds. Icing on the Ring, located in the diamond district LA, sells top notch jewelry and diamonds that are on par with some of the best jewelry stores in the world.

Articles on shoppersbase contain affiliate links from Amazon Services, and other affiliate networks, which compensate us if you do make a purchase based on our recommendations.

Our opinion and views are unbiased and objective. Read full disclosure

This site uses Akismet to reduce spam. Learn how your comment data is processed.

We use cookies to ensure that we give you the best experience on our website. If you continue to use this site we will assume that you are happy with it.Ok